After The UK 2018 Elections, The Radical Right Looks To The Future With Anger

In spite of the recent electoral defeats of far-right parties in the United Kingdom, nationalism still runs deep 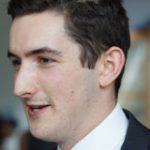 The United Kingdom has often been seen as an exceptional case when it comes to the far right. Most prominently associated with the skinhead movement domestically in the 1960s and then internationally with its spread to North America in the 1970s and 1980s, neo-fascism and right-wing nationalism have historically been left to the cultural and political fringes of UK society and politics.

Such exceptionalism has, however, been sorely tested over the past two decades. During the 2000’s, the neo-fascist and extreme right British National Party (BNP) moderated its ideology and attracted significant electoral success – notably winning over 50 local council seats, two seats in the European Parliament and one seat in the Greater London Assembly. Moreover, as the BNP star rose and began to wane, so a new radical right party, the UK Independence Party (UKIP), came to prominence. Under the leadership of Nigel Farage from November 2010, it gained over 150 local council seats, came first above all other mainstream parties in the 2014 European Elections and scored over 4 million votes at the 2015 UK General Election.

When compared with similar contests in 2014, however, the UK local elections on the 3rd of May this year were an inauspicious time for the UK radical right. UKIP, formerly the leading light of nativism, authoritarianism, and populism in UK politics, dipped to a new low – losing 123 seats and forcing its general secretary to liken the party to the ‘black death.’. Meanwhile, the neo-fascist British National Party was wiped off the face of the UK’s electoral map – with its final local councilor, Brian Parker, deciding not to stand for re-election in the May contest. Making the most news in anti-fascist circles, however, was the first electoral test for Anne Marie Waters’ anti-Islam party and political movement. For Britain. Like the BNP, however, it failed to make any electoral headway – with none of its 15 candidates being elected in Leeds, Sandwell, Hartlepool, Yateley, Bromley, Hastings, Plymouth or Sunderland.

Reasons for the demise of UKIP were plethora but mainly focused on the Conservatives being able to ‘own’ the Brexit issue and perform most strongly in areas that had voted leave in 2016. UKIP’s recent leadership troubles (combined with the short time given to its current leader to mobilize an electoral campaign) further explain the electoral demise of the party. Since the 2017 General Election, the Conservatives have been able to successfully hoover up the remainder of UKIP support – owing to a more stridently pro-Brexit and nativist shift under Theresa May’s leadership. Signaling the most recent electoral demise of the UK radical right, it is, therefore, appropriate to take stock about what this means next for the political movement? What are the key actors that are likely to shape the UK radical right in the year to come?

Looking outside of electoral politics, one of the most concerning trends over the past year has been the emergence of a new far-right mass street movement, the Football Lads Alliance (FLA). Formed in June 2017 by property manager and Tottenham Hotspur fan, John Meighan, the movement successfully hosted its first demonstration on 24th June 2017 in the immediate aftermath of several UK-based terror attacks – mobilizing 5,000 supporters to its first London protest (Smith and Shifrin 24th June 2017). At its subsequent 7th October 2017 protest, the group managed to mobilize again in central London – with 30,000 football supporters marching under the banner of ‘uniting against extremism’ (Chaplain 7th October 2017). At the group’s most recent protest on 24th March 2018, an estimated 5,000 people demonstrated in Birmingham against terrorism and extremism – with the emergence of a splinter group, the Democratic Football Lads Alliance, performing their own demonstration at the event and subsequently joining the radical right ‘March for Freedom’ in Hyde Park. On 16th April 2018, it was announced that John Meighan had left the FLA. The group will be holding its next protest on 19th May 2018 – one year to the day after the 2017 Manchester arena bombings. Despite initial promising showings at demonstrations, it is hard to see how the FLA will be able to continue without Meighan and his fund-raising abilities.

Continuing this trend of social movement activism, another key actor on the UK radical right scene that is still yet to be tested is the UK chapter of the pan-European ethno-nationalist movement, Generation Identity (GI). As mentioned in a similar previous post, many of its initial activities were concentrated in London – with the Austrian co-leader of Generation Identity, Martin Sellner, officially launching the group in October 2017 and unfurling of a banner stating ‘Defend London: Stop Islamisation’ in the same month. Similar to the European chapter of the movement, Generation Identity UK advocates the preservation of European ‘ethno-cultural identity’ and stopping what it terms the ‘Great Replacement,’ allegedly threatening ‘indigenous Europeans.’ Incidentally, Sellner was also a speaker alongside For Britain leader, Ann-Marie Waters, at the ‘metapolitical’ Traditional Britain Group’s monthly meeting in central London during 2017.

In terms of formal support, the UK and Northern Ireland chapter of Generation Identity is a political minnow when compared with the FLA. An April 2018 report by anti-fascist collective, Hope not Hate, found that across all of GI UK and Ireland’s Twitter accounts that it only had 7,445 followers (Hope not Hate 2018: 4). At its first demonstration in Hyde Park, it was only able to muster the support of 40 activists. This should not, however, be to downplay the frenetic activity of the group over the past year. According to the same Hope not Hate report, GI UK and Ireland has carried out at least 92 actions or meetings in at least 20 towns and cities in the UK and Ireland (p.6). It also cuts a different stature from other traditional far-right groups – running a more professional and disciplined online and offline campaign mainly targeting younger, University-educated activists (p.7).

In conclusion, then, whilst the 2018 local elections saw the continued demise of the UK radical right electorally, there are still concerns when observing the social movement side of this extremist milieu. Both the FLA and GI UK & Northern Ireland have demonstrated a broader shift in recent years towards a more vigilante, direct action form of politics that is likely to persist given the movement’s inability to mobilize at the ballot box. We can also see the presence of older radical right personnel making alliances within these new street-based movements – with the ex-leader of the EDL, Tommy Robinson, attending both FLA and GI demonstrations. Such synergies suggest a more united and radical form of political activism is afoot; a concern to policy-makers and scholars alike. We should therefore not become too complacent as we observe the electoral demise of UKIP and other UK radical right parties as this might be a sign of a spike in non-electoral activism on the fringes of UK politics to come.

Dr William Allchorn is a specialist on anti-Islam protest movements and radical right social movements in the UK and Western Europe. His Ph.D. thesis mapped political, policing and local authority responses to the anti-Islam, English Defence League, in five UK locations. As of April 2018, he is the Associate Director of CARR.